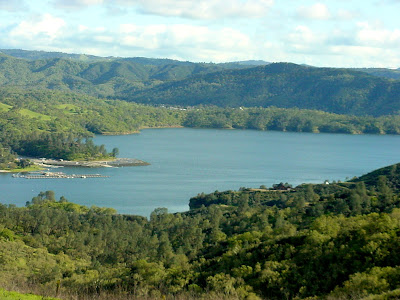 Now that the lake is full that means time for more recreational use plus ample water for the farmers down stream. Last weekend's storm put us over the top for the first year since 1983 and the fourth time ever in the 55 years of the lake's exsistance! With recent storms it put us up 40 feet. Being so late in the season the rains have been unbelievable, which makes for a great summer season.

Posted by landscapediva at 11:42 AM No comments:

No Fear the Release of Water is Here... 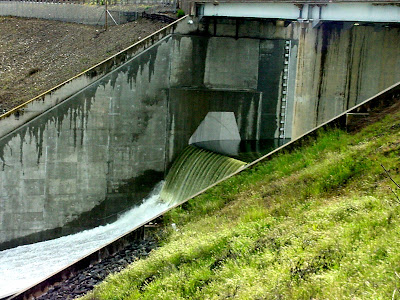 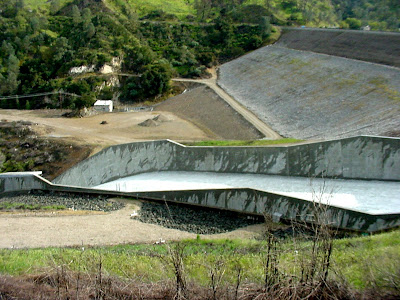 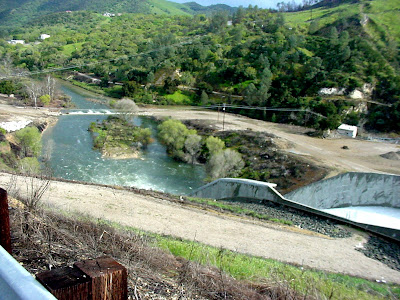 The spillway is flowing at Lake Nacimiento. I assume that the pending upcoming storms warrant the security of flood control measures. I hope their crystal ball is correct on the additional rain that is pending.
At least we know the new bladder at the dam works. I'm curious as how the Salinas river is running right about now. Maybe white water rafting is in order?

Posted by landscapediva at 6:52 PM No comments:

Tours into the Past with.... Wayne Harris 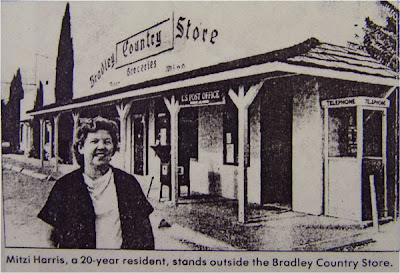 I'm pretty dang sure this has to be a relative of our dear Historian Wayne Harris who is just a mere 80 years young and is also a fourth generation descendant of the original homesteaders of this area. Wayne is a wonderful story teller and has been giving these tours with the hills between the lakes.

He is filled with wonderful stories about the early settlers, the battles with outlaws and the old stagecoach route. His guided tour includes sites where the Native Americans and early history sites of the Hills between the lakes.

I finally had the opportunity to meet him today and boy did I wish I had my camera. I can't find a recent picture of him anywhere on the web even though he was the grand Marshall in 2008 at the Annual Pioneer Day's Parade.

If you provide the wheels Wayne will provide the directions and gab. To schedule a tour call 805.286.6032

On his next visit up here at the lake I plan to do an extensive interview and get a great photo of him with his white prestine beard.
Posted by landscapediva at 9:51 PM No comments: 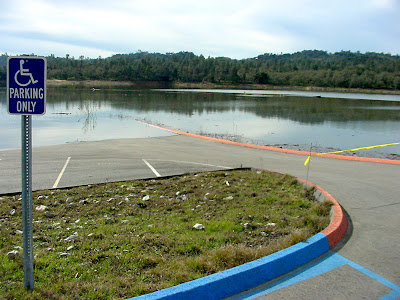 Step 1
In our poll box vote yes or no.

Step 2
Go to our facebook page at Dragon Lake Rentals and find the posting on our wall describing the contest and send us a comment with what you think the lake elevation shall be on March 30th (Voting will end on the first day of spring on March 20th (which is also my birthday!).
The winner shall receive one of my jar's of my secret Jalapeno Jelly as a grand prize delivered to your door step plus an article and photo about you featured on our blog. If there are more than two correct answers I'll flip a coin. If there are more than two I'll put the names in a hat and go from there.
Good Luck!
(the lake level number we shall go by is what is reported on the charts by the Monterey County Water Resources Agency)
Posted by landscapediva at 11:15 AM No comments:

A Lake to Yourself 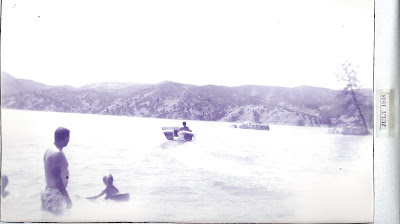 This photo was taken approximately where the Marina was built (South Shore) and if you look across the lake you can see the high water mark.

This story is from our dear friend Don Avery, native to Paso Robles. He is not sure when this photo was actually taken but the lake was still full because the water had risen to the high water mark.

Back in 1958 there were not too many photo's taken of the lake and in fact this is the only photo Don has ended up with. In this picture you can see that Don had left his Father and Sisters and was going back to North Shore in his boat to pick up the rest of the family.

The boat that Don is driving he bought himself from Bridge and Walters Boat Shop on Spring and 22nd Street. It was a Javelin Hall with a Mark 78 outboard and in that time it was pretty dang fast.

The time this photo had been taken Don was only 21 years of age and he worked for the City of Paso's Street Department. In 1955 he had joined the National Guard Company C Tank Battalion out of Atascadero too.

Don now is a volunteer at Camp Roberts History Museum where he has been digging up old newspaper articles from the 40's and 50's. Nacimiento River was very instrumental back in the day where the troops trained in the river during war time.

Also Don's family was one of the only civilian families that ever lived at Camp Roberts due to his Father's work. He is a bit of our local history and shares many a story of our local community. If you visit the Museum be sure to stop by and introduce yourself to him.

Posted by landscapediva at 10:38 AM No comments: 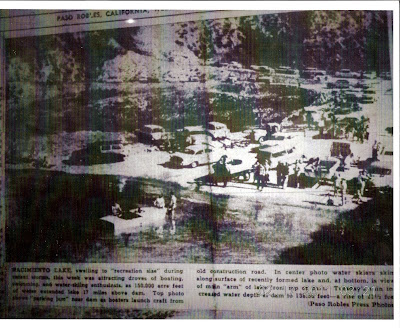 I don't know why but in most documentation about lake Nacimiento they state it was formed in 1961. My dear friend, Don Avery, who was here at the very beginning always stated it was in 1958. Well here is the proof!

Cloud Climbers Jeep Wine Tours will come up to the lake and pick you up from your vacation rental for no additional charge. The all day tour (10:30am to 5pm) includes 4 to 5 free tasting at selected wineries, lunch, a complimentary wine glass, and if desired an olive oil tasting too! All this for only $109.00 except gratuity for the driver. Visit Cloud Climbers at their web site www.ccjeeps.com and tell them Dragon Lake Rentals sent you

Posted by landscapediva at 12:32 PM No comments:

or visit our web site at www.dragonlakerentals.com

To view properties for sale at Lake Nacimiento please visit: 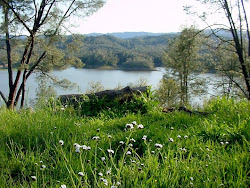 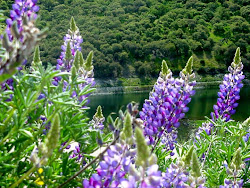